I know- this is a little early for an IMK post, but I’ve

been searching high and low for this book and finally found it!

I collect cookbooks- or I used to collect them.  Then I got hooked on

the internet and all the recipes on blogs and websites and well, my

collecting days seem to be over. 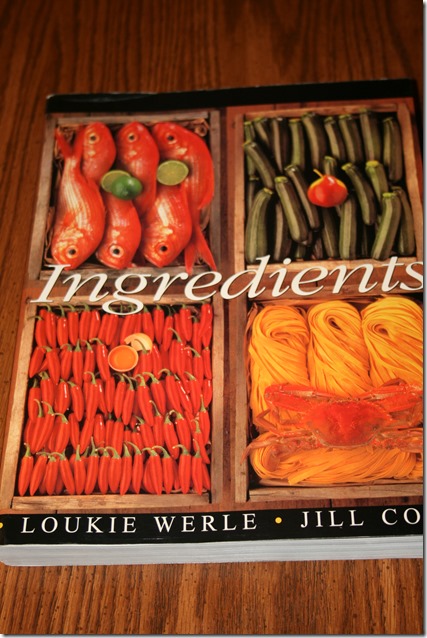 THIS book remains my favorite book for perusing in the kitchen!

It is an Australian book, published in 2000- and I just love it. 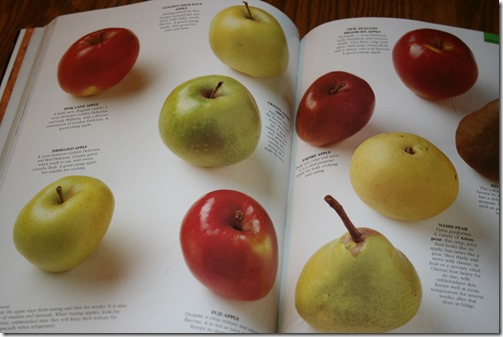 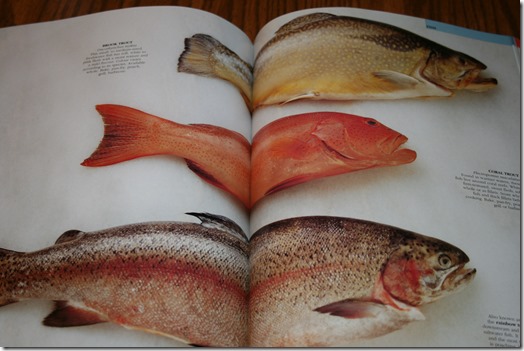 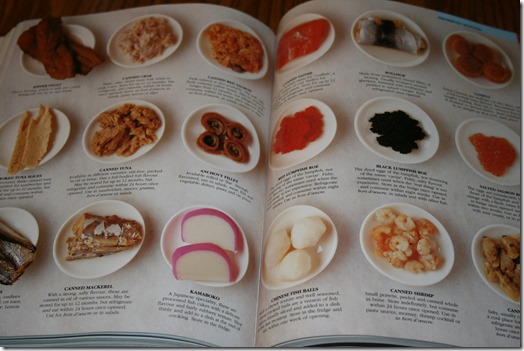 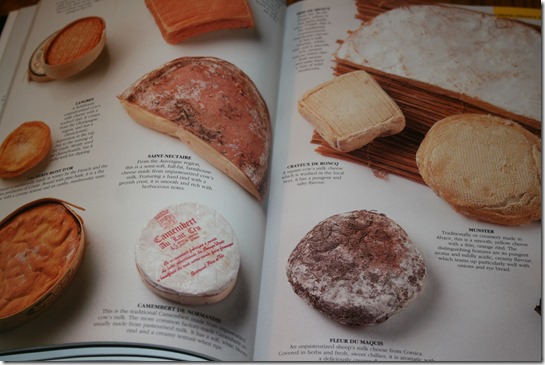 cheese- this book has it all!  I can look up cuts of meat, unfamiliar spices, types of breads

and grains!  And I lose myself in all of these wondrous ingredients.

I am so happy I found it again.  I find it an essential part of reading blogs- otherwise, I’m

scratching my head and wondering WHAT they are suggesting I roast for dinner? 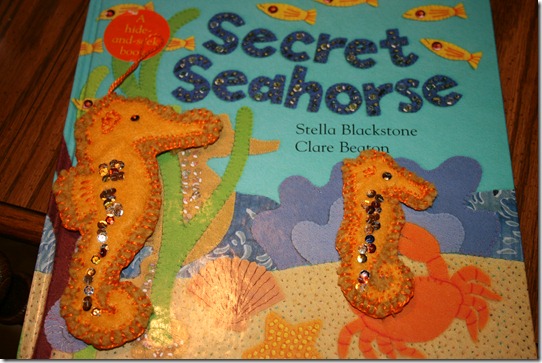 I found this book at our local used book shop/funding literacy campaign.

It was torn and they were going to toss it, but I loved the illustrations- needlework with antique

So I rescued the book, cut out the torn page( thankfully it didn’t affect the story) taped two pages

together to make it whole, and then I made the two felted sea horses to go with the story. 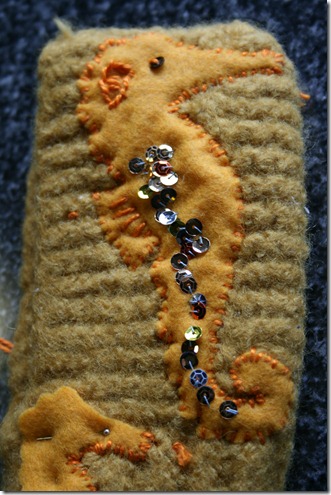 When I began felting my wool pieces some years ago, I wanted

gold wool slippers that I had no real use for anymore.   But I didn’t

throw them away, because I like the texture and the reminder of

how much wool shrinks when felted.

So I rummaged through my old fabric trunk, came up with some sheets

of yellow felt and appliqued the seahorses onto the slipper. 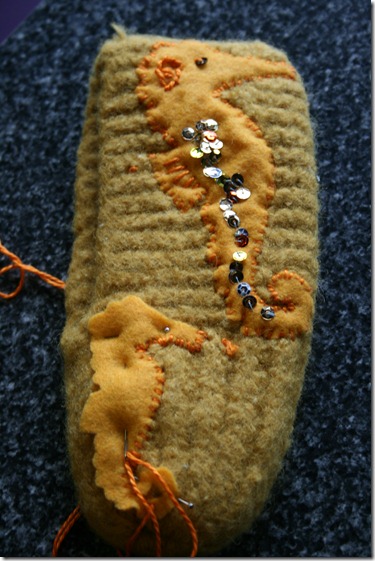 Then I added some identifying stitches, an eye and sequins.

hidden or Secret sea horses throughout the book.

enjoy the book in person as much as they did when I read it to them on Skype. 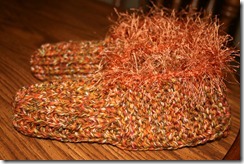 And then – because I had gotten rid of a pair

of slippers, I made another pair. 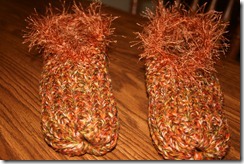 I crocheted some faux fur on the edges- they remind me of lions.

next week.   We are going to Chincoteague for a couple of days so that

will be our evening project!

… no Yoga exercise, no hour of meditation … will leave you emptier of bad thoughts than this homely ceremony of making bread.

This is so very true.

And for the past two days my thoughts have been pure.

I made a lovely couple of loaves of toasting bread.  I love this bread.

It cannot be burnt in a normal toaster- and my husband is notorious for burning the toast.  So for his birthday I made him some bread he can’t burn! 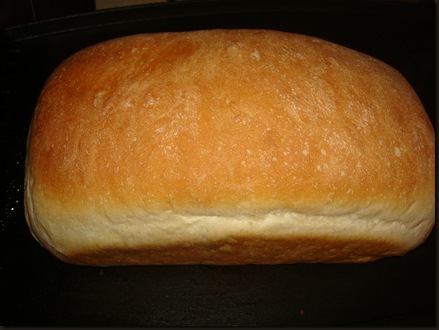 As a special surprise, I sliced it, too!

Then I made him a carrot cake for his Birthday. It was quite lovely, as well.

And then- I made some sourdough bread- it doesn’t burn in the toaster either- and it has a greater appeal for my taste buds. 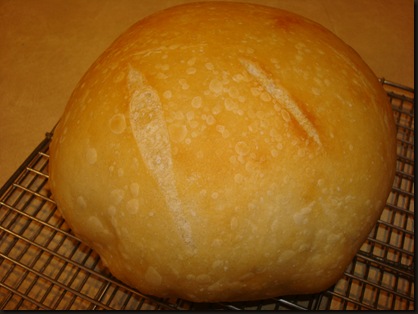 I tried a method of baking I’ve been hearing a lot about and decided to give it a try.  Actually, Joanna,over at ZEB BAKES, made some the other day and inspired me to try. 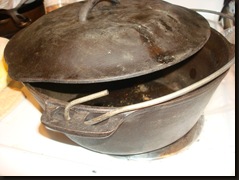 This pot- an old cast iron pot I got at a garage sale many years ago.  I’ve used it to cook chili in the fireplace when the electricity was out- I’ve made coney sauce in it over the grill- and now it has baked my bread! 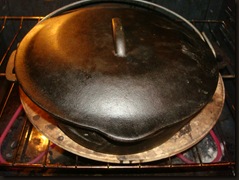 ( I lined it with parchment paper) 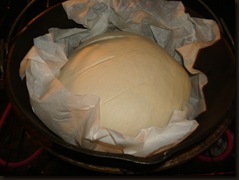 – because the bread raised in a bowl in the garage all night and I didn’t want to disturb it- so I lifted it with the paper and gently dropped it into the VERY hot pot and baked it up. 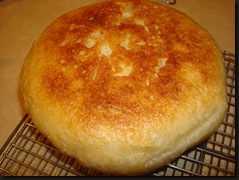 The bottom crust and the crumb shot.  I think I needed to degas it and let it raise again- but I really wanted it for my toast this morning.

Joanna also made some brioche and shared the recipe.

So I made it too.

I had made brioche years ago and then never made it again.

Now I remember why. 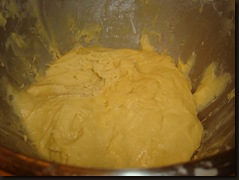 Brioche is a very buttery and eggy bread.

The dough is very sticky.

And to make it right- you have to give it a lot of time to develop.

And then there is the shaping. 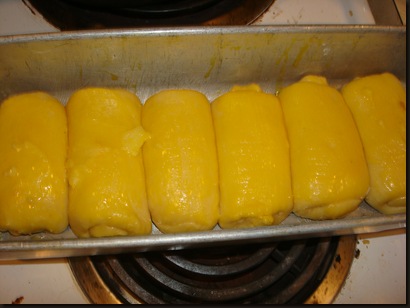 It turned out – not great- but acceptable- 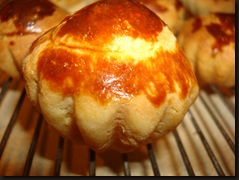 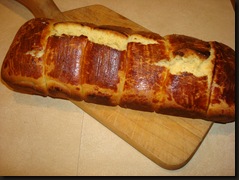 -except I remembered why I never made it again. 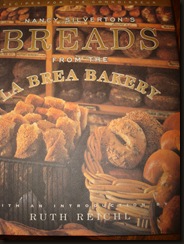 I bought this book back in 1996.  And I made her breads- sourdough and artisan breads- great recipes- In fact- my sourdough baking started that year because of her delicious breads.

But she has them labeled by time allotments- and the brioche was a 3 day bread.

Then shaping- a VERY long raise and baked at 500 degrees F- and I didn’t enjoy the egg taste.

But – I made it- gave it another try- and won’t be making it again.

Thanks Joanna for the challenge-

I’ll be taking this with some jelly to knitting class, tomorrow. 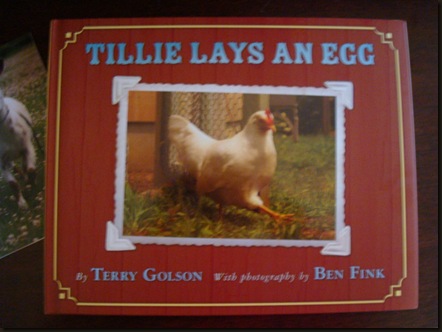 Have you read this one yet?

Why do I love children’s books so much?  They fascinate me.  I love the way they stick to the subject- without any preaching or attitude- and take you for a short excursion into an alternative life and then gently release  you back to your world.

I won this book in a giveaway at Suzanne McMinn’s Chickens in the Road blog.  Suzanne is a fairly new farmer in West Virginia and her blog reflects her lifestyle.

This book was written by another small farmer and cookbook writer, Terry Golson.  Terry has a blog also and on her website, www.hencam.com. you can see her hens ALL DAY LONG!  So if you like chickens- go take a look!

But back to the book.  It is a simple tale about 7 chickens and 3 nesting boxes.  The hens are supposed to take turns.  But Tilly isn’t a patient chicken and she likes to do a little explore about the farm.  This leads to surprises and a little searching of the photographs.    Speaking of photography- Ben Fink does the illustration in this book and he is fantastic.  If just once I could take a picture that looked half as good as his- I’d call myself a photographer.

Published by Scholastic Press and selling for $16.99 in the US- this would make a fine gift for children with an interest in real life photography and searching for an object within the picture.  And for adults who like a well written and presented read with the little ones in their lives.

OR just look in the library- it is worth the time spent looking for it!