I remember my mother making pie in the summer

and autumn.  There was no time to make pies in the

winter or spring because she had to transplant all those

But in the late summer and early fall- there was pie!

One of my favorite was the elderberry pies she would bake.

a time- and they would usually be gone within  a couple of days.

But the elderberry pies were magical for me.

Elderberries grew in our backyard- and we waited  until

heavy and purple and then we picked them by the armful. 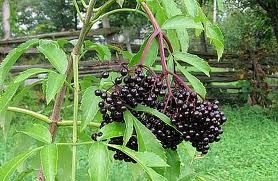 then we would start over filling the bowl.  It took 4 cups of elderberries to

twigs holding them on.  We would have to keep those little twigs out of the

bowl- as well as the tiny spiders that were hanging out on those branches. 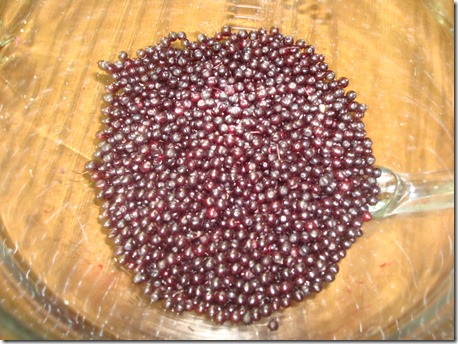 mixture boiled.  Then set aside to cool down.  Poured into a crust filled 9inch

pie plate, dotted with butter , lightly dusted with a teaspoon of cinnamon and

covered with a top crust.  Baked in a 375 degree F oven for 50 minutes until the

berries bubble up in the crust and it is all golden brown and purple. 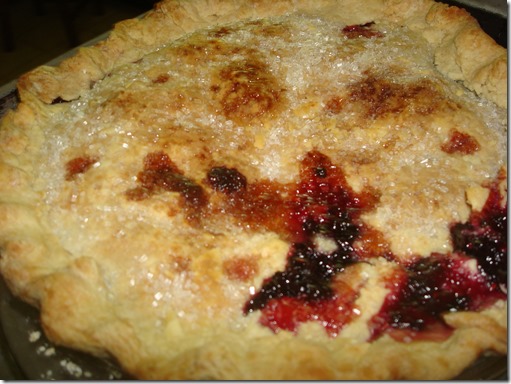