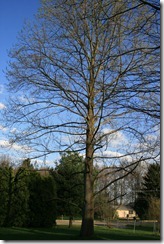 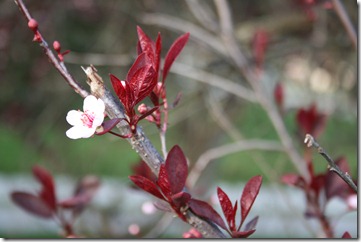 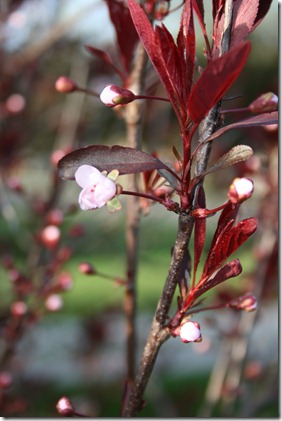 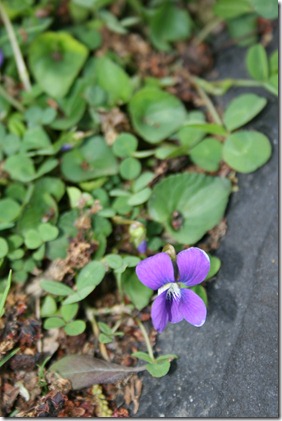 in Summer garb and Winter snow part of the time. 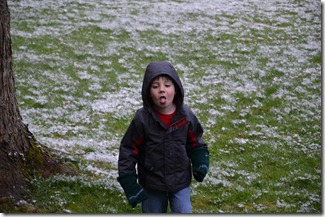 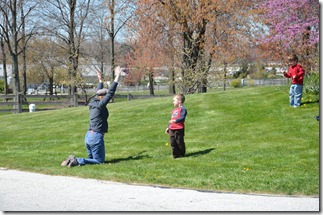 Trying to catch a snowflake on his tongue and children of all ages rolling down hills! 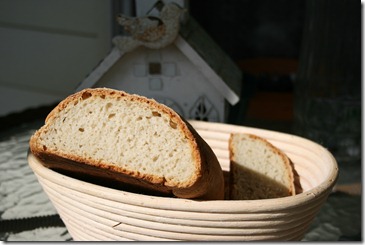 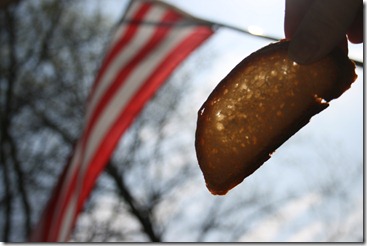 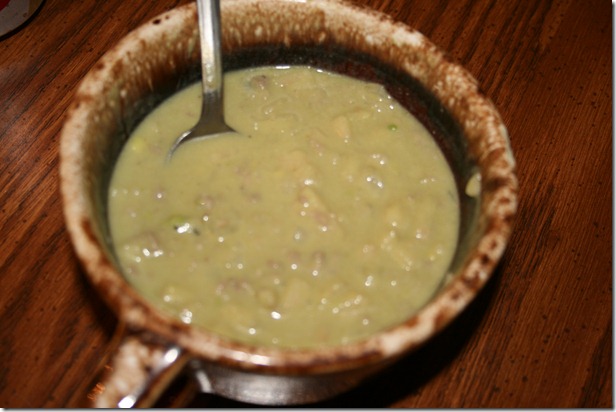 And I made Sausage and avocado soup with apples and peanut butter.

It may sound like a weird combination- but it is good.  And it has a story behind it.

I was working with a group of ladies several years ago on a weekend workshop.  I was supposed to speak AND

cater the luncheon on Sunday.  I planned the menu to be soup, salad, roll, and chocolate for dessert.

The soup I had planned was Apple,Fennel, and Almond – the salad was chicken garnished with slices of avocados and greens-

and I had gotten croissants and wonderful chocolate truffles .  Everything was prepared and packaged up to go.

Except the base for the soup never went.  I had left it to put in the cooler last and instead it just got left.

So Sunday morning I started to get the preparation in hand and couldn’t find the soup base.  I had the broth and the cream

I had ground almonds.  I had everything but the base.  And without the base, I had no soup.

The hotel we stayed in offered breakfast with our rooms – and one of the offerings was sausage gravy and biscuits.

I don’t like sausage gravy- but thought it would work as a soup base.  I had a little cider and apples from a stop at a nearby

orchard ( We were out in Amish country, in Wilmot, Ohio) and one of the ladies had a jar of peanut butter.  Plus- I had my

avocados for garnishing.  I only had a slow cooker to work with, but I put it on high and starting with the cider and apples, slowly

put together a soup for 38 ladies.  I spoke about my topic- making beauty preparations from your kitchen– and then went back to my soup

– planning  to trash it if it didn’t turn out.

But it did turn out.  It was – in fact- a success!  I had many requests for the recipe- but I had no recipe to share- just a panicked memory

A little while before the grandkids and their parents came, I made guacamole for Jordan and myself.  It was really good, although I

added a zested jalapeno pepper and it was really spicy as well.  But I had a lot left over- and it was starting to go brown.

That is when I decided to recreate my luncheon soup and see if it was as good as I remembered.

I started off sauteeing a 1/2 pound of sausage.  To that I added 1/2 diced onion and one chopped and peeled medium apple. 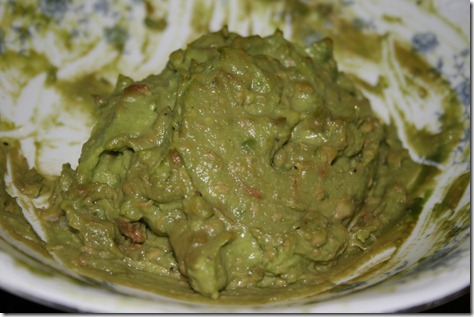 Add 2 small cans of chicken broth, and 1 tablespoon of smooth peanut butter and

stir and heat until hot but not boiling.  Add salt and pepper to taste- maybe a little bit

of hot sauce – a dollop of cream- and enjoy! 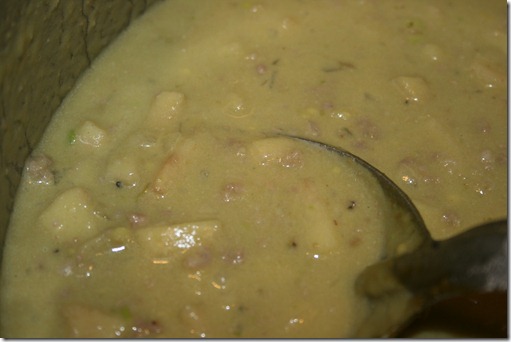 We ate it with tortilla chips and it was just as good as I had remembered.

(Jordan was VERY skeptical at first- but I think he really loved it by his third helping.)

14 thoughts on “A surprise soup made with avocados and sausage. Recipe”