I spent the weekend baking.

I made some sourdough bread and braided it. 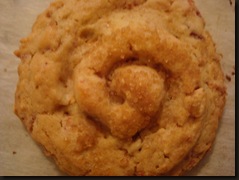 And I made the bacon toffee/brittle but added some mixed nuts and cooled it on a black marble slab.  That looks very good and tastes, well, interesting and good.

And then I made salsa verde with tomatillos – 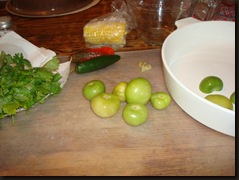 and used it to season pork enchiladas. 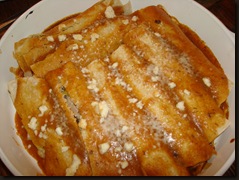 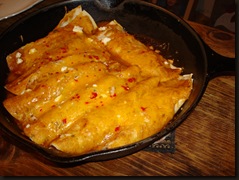 Here are a couple of recipes if you are interested.

Broil the tomatillos, cut in half and the peppers until browned under the broiler.

Put all ingredients in processor for just a few turns, until everything is uniform in size and mixed, but not smooth.

Use with enchiladas or with corn chips as a dip.

1 teaspoon each of cumin, garlic and oregano

Heat oil in cast iron skillet (or heavy bottom pan), add flour and stir for about 3 minutes on medium heat, making a roux.  Stir until lightly browned and add spices, stirring constantly so they don’t clump or burn. Add broth or water slowly, stirring until your paste becomes a sauce and cook over low heat until it comes to a slow boil.  Boil, stirring until some of the liquid evaporates and you have a luscious gravy.

Pour a little in the bottom of your enchilada pan, roll up your cheese and green onions or shredded pork or chicken with a little salsa verde into warm corn tortillas and place next to each other, rolled end down.  Pour sauce over top and bake at 350 F for about 12 minutes – until heated through and bubbly- sprinkle cheese on top and broil for another couple of minutes and YUM- Enchiladas!