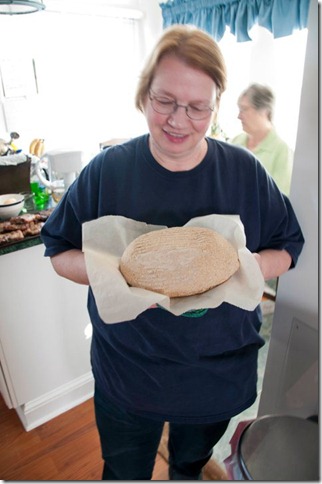 A huge thank you to Celia,of fig jam and lime cordial fame !

Celia had just gotten some bannetons to raise and shape her

breads, and when I rather effusively admired and drooled all

over them on-line, sent me one as well!

Here is my first effort.  It should have been a great success, but

in the first raising, was a little too liberal in the rye flour dusting,

and then forgot to preheat the oven.  The bread was a whole wheat

it was delicious- but it doesn’t look as great as I’d like!

I just wanted to say thanks, again to Celia-

and give a preview of my new bread shape!